In the liver, hepatocytes, biliary epithelial cells (BECs), and sinusoid endothelial cells (SECs) form hepatic cords, intrahepatic bile ducts (IHBD), and sinusoids, respectively. These three dimensional (3D) tissue structures are important for physiological functions of the liver. We have been investigating 3D morphogenesis of the liver tissue structures during development and regeneration (References;1,2).

IHBD is a tubular structure consisting of BECs, which drains bile produced by hepatocytes into the duodenum. The IHBD network consists of large ducts running along portal veins (PVs) and small ductules forming a mesh-like network around PVs. This mature “hierarchical network” is established by 1 week after birth. The continuous luminal network is already evident at embryonic day 17 (E17). The fine homogenous network is reorganized into the mature hierarchical network between E17 and E18 (Fig.1). During this period, bile canaliculi, the fine apical luminal network of hepatocytes, rapidly extend. We can nakedly observe that the color of the intestine turns to yellow atE18. These results suggest that the influx of bile including bilirubin into IHBDs, rapidly increases between E17 and E18 (Fig. 2). Expression of Ugt1a1, a crucial enzyme for direct bilirubin formation, is up-regulated in E18 liver compared to E17. Continuity of BCs in E17 livers is often interrupted and the average length of each BC was shorter than in later stages. When the formation of bile canaliculi was blocked between E16 and E18 by a MRP2 inhibitor, benzbromarone, the structural rearrangement of IHBDs is significantly suppressed (Fig.3). Therefore, the increased influx of bile juice into IHBDs likely promotes this dynamic structural transition (1,3). 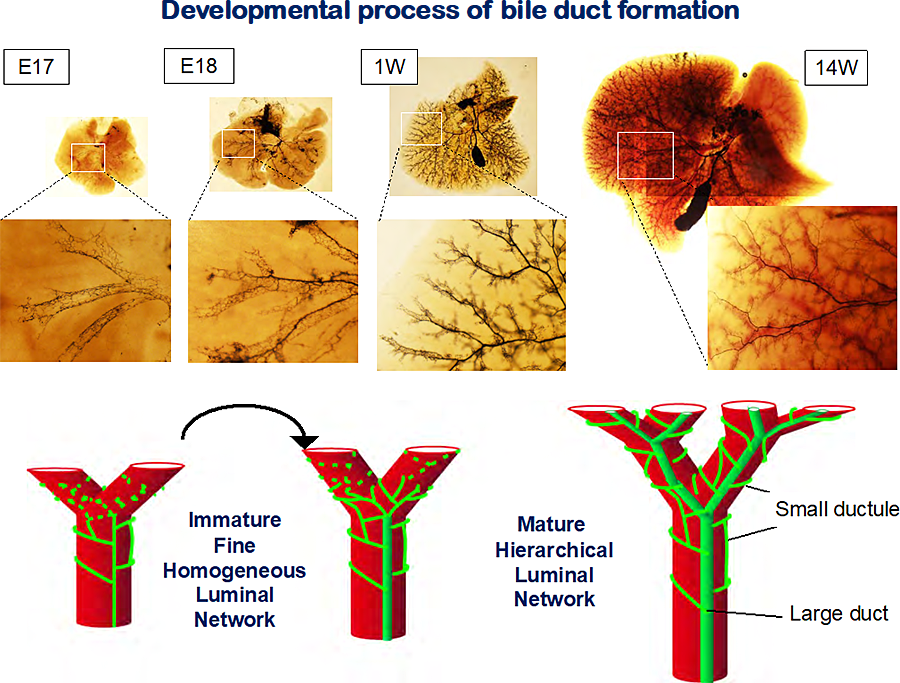 In fetal liver, IHBDs consist of fine homogeneous tubules, whereas IHBDs consist of larges ducts and fine tubules in adult livers. The structure of IHBDs transfer from immature to mature luminal network between E17 and E18. Carbon ink was injected from the junction between common bile ducts and the duodenum. The liver tissue was cleared in BABB. 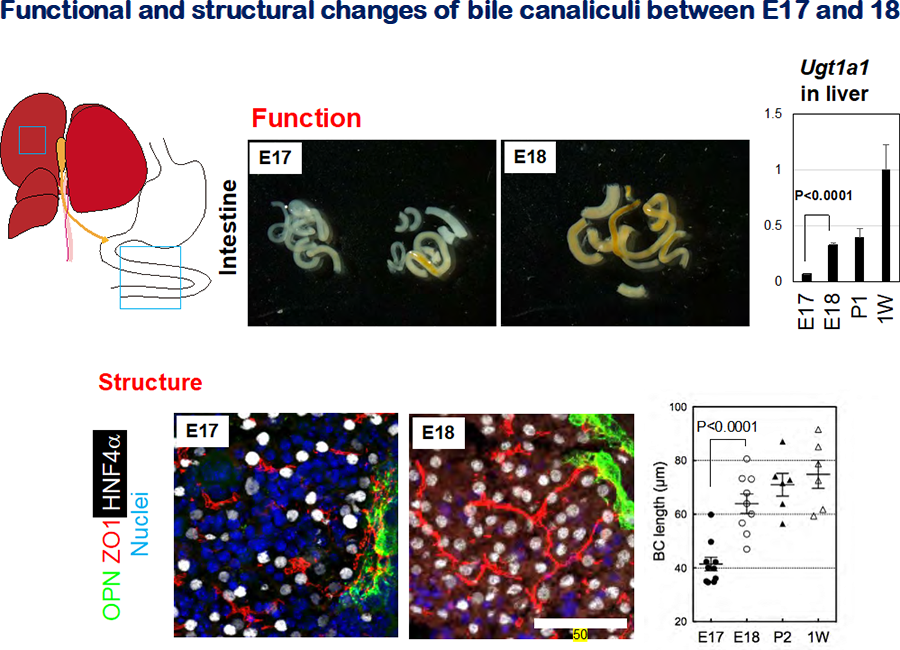 Figure 2 Formation of the bile canalicular network during liver development 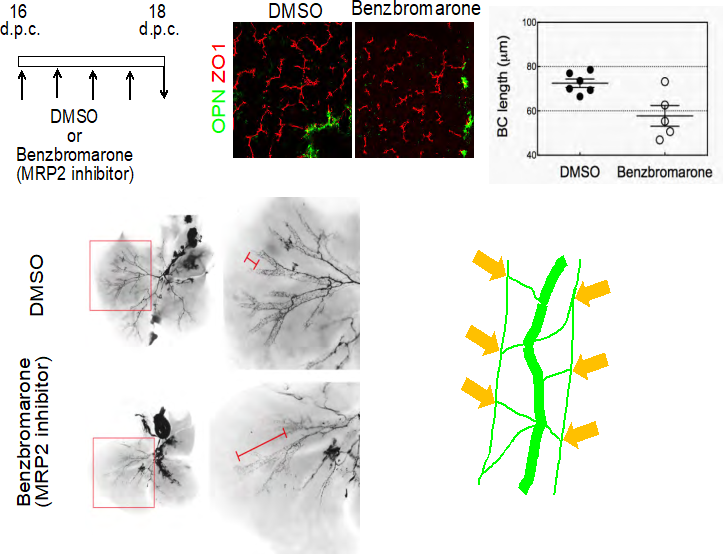 In mouse livers, nerve fibers are localized within the portal triads. The intrahepatic nerve network has been implicated in regulation of metabolisms, bile secretion, and blood flow. Nerve fibers start invading into the liver tissue in the perinatal period and the whole liver tissue is innervated by 3 weeks after birth. Nerve growth factor (NGF) is secreted from cholangiocytes and portal mesenchymal cells during intrahepatic innervation (Fig. 4). When the biliary network is damaged by administration of 4-4’-diaminodiphenylmethane, the nerve network was also destructed. Along with biliary regeneration, the nerve network is reestablished depending on the NGF signal. Moreover, with ectopic expression of NGF in hepatocytes, the nerve fibers enter the liver parenchyma and extend toward the pericentral area (Fig.5). Thus, IHBDs guide the extension of nerve fibers in the liver tissue by supplying NGF during development and regeneration (2). 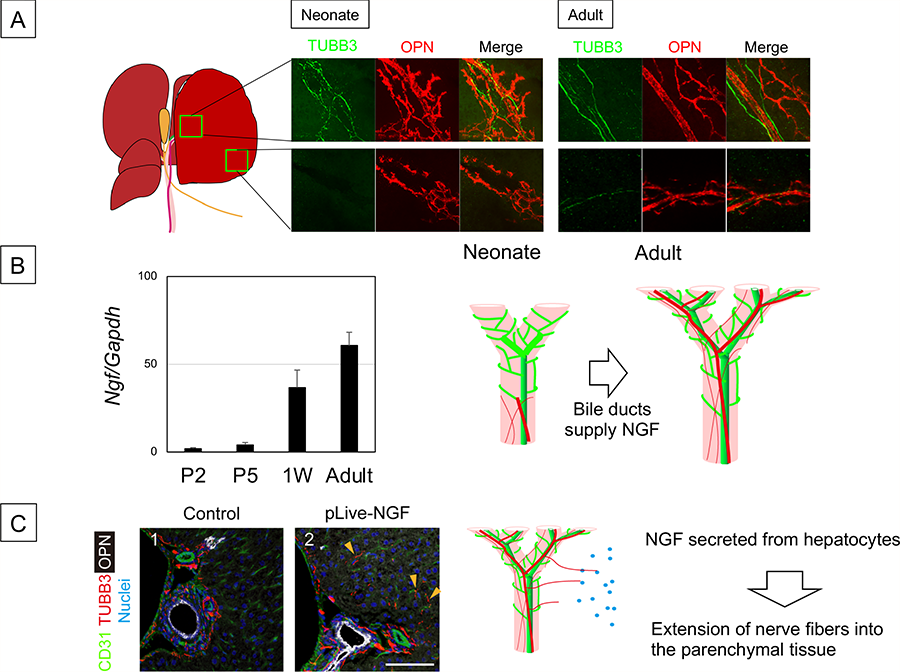